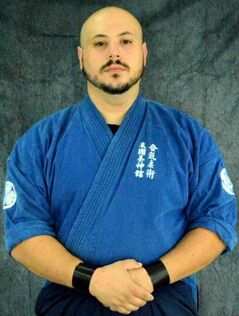 American Yoshinkan Aiki Jujutsu was founded by Hasaka Yutashi, and inherited by Steven Hatfield on March 16, 2006. Having met through mutual friends, Bret Gordon became a student of Hatfield sensei and quickly worked his way up in the system. After earning Menkyo Kaiden (License of Full Transmission), Gordon sensei began a journey of growth and development while working towards becoming the future heir. He was awarded the Kyoshi title in July of 2014 from Hatfield sensei, which was later confirmed by the Kokusai Nihon Bugei Rengokai in 2018. 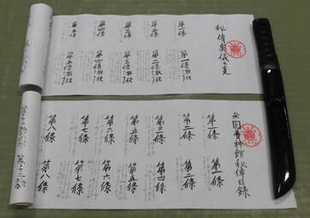 Upon receiving Sokeship of American Yoshinkan, Gordon sensei received several traditional scrolls as well as Hasaka sensei's personal red belt. Two of the scrolls he received were carried over from our Daito Ryu foundation, the Hiden Mokuroku and Hiden Okugi. Historically, these scrolls were issued in Daito Ryu after the practitioner learned various sections of the curriculum. Their inclusion in American Yoshinkan is solely for preservation and to pay homage to our foundation. This tradition was carried on by Hatfield sensei by issuing them to Gordon sensei (see right). 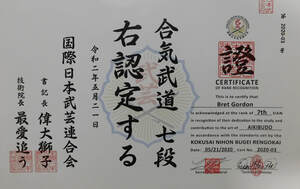 On May 21, 2020, Gordon sensei was honored with an appointment to the Roju (Council) for the Kokusai Nihon Bugei Rengokai, an organization dedicated to the preservation of both classical and modern Japanese warrior arts, as well as named the Technical Director for the Goshinjutsu division. In recognition of his experience and his position in American Yoshinkan, Gordon sensei was awarded the rank of 7th Dan in Aiki Budo by the KNBR. For more information about the Kokusai Nihon Bugei Rengokai, please click here. 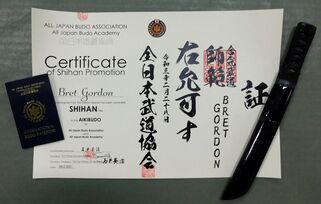 On February 28, 2021, Gordon sensei was further honored by the All Japan Budo Association (formerly the All Japan Jujutsu Society) and awarded the rank of 6th Dan in Aiki Budo, as well as the title of Shihan. As of this writing, he is the youngest person in the organization's history to receive such high recognition. The AJBA is a multi-style organization dedicated to the promotion of Japanese martial arts, and is overseen in Japan by Hideharu Ishii as well as internationally by Mladen Burazerovic of Serbia. For more information about the AJBA, please ﻿click here﻿. 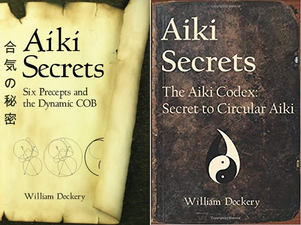 As a subject matter expert on Aiki Jujutsu, Gordon sensei is frequently asked to review books and manuals on the subject as well as internal martial arts in general. Two of his recent reviews were for the "Aiki Secrets" series written by William Dockery, student of Tomiki Aikido and Yanagi Hara Ryu Aiki Jujutsu. This series provides cutting edge information regarding the transmission of "esoteric" training practices, breaking them down to their fundamental principles of physics and biomechanics. For more information on the "Aiki Secrets" book series or to purchase copies, please click here.
In addition to his training with Steven Hatfield in the art of American Yoshinkan, Gordon sensei has had ​the privilege of working with numerous high level practitioners in the aiki community, and to this day continues to train and network with several instructors from throughout the United States and Japan. While he has frequently cross-trained with and attended events in their support, Gordon sensei is not an official student of any instructor or organization pictured below nor does he hold any rank or license from them. 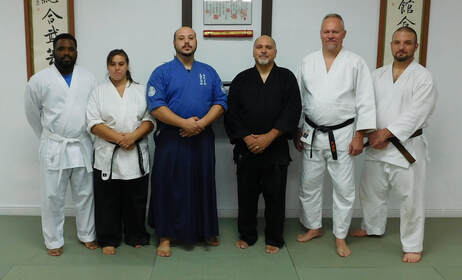